An IPMA-granted certificate serves as concrete proof of the competence of project managers and provides competitive advantages to the company, both in the bidding phase and in project execution. Getting certified takes a great deal of time and effort for the individual project manager – but it is worth it, assure three Citecians who just found out they passed all tests. They raise the number of Citec’s certified IPMA C level project managers to 39.

Filed under: People of Citec

In January 2019, a total of 29 Citec project managers from Finland, Norway, France and Germany attended a two-day training in Vaasa, Finland, to get acquainted with the IPMA level C certificate. After the training, it was up to every participant to decide whether or not to go through the lengthy application process. Kajsa Tidemann, Eldho Onachan and Christian Ekblad had all been thinking about getting this certification for years, so they eagerly jumped at the opportunity when it was offered to them.

Kajsa Tidemann, Senior Process Engineer, Plant Engineering, transferred to Citec in 2014 when the Norwegian company M7 was merged into Citec Group. Originally from Sweden, Kajsa has lived and worked in Oslo, Norway for more than ten years. Most of this time, she has worked in project management. “I enjoyed the training. It was very extensive, and what I liked the most was getting the actual means on how to deal with the everyday work more efficiently,” Tidemann explains. “From now on, I will maintain a decision log, for example. This will save a lot of time as I won’t have to look for decisions made in the minutes of meetings or in lengthy email conversations.”

Eldho Onachan joined Citec India in 2007, transferred to Citec Finland in 2010 and has run several larger projects as Chief Design Engineer, Electrical Engineering. “In the training, I recognised many of the models even though I haven’t always been aware of the official terminology. Citec’s Gate Model, for example, is based on the Waterfall model. It was a great relief to realise that I have done a lot of things right all along,” laughs Onachan about his “aha”-moments.

An IPMA certificate shows that you have given that little bit extra and that you are truly dedicated.

Christian Ekblad, who has been with Citec since 2007, has worked with most of Citec’s key customers in large projects. Currently working as Chief Design Engineer with project management on the civil engineering side, Christian enjoyed the discussions with the trainer, who he felt was very experienced. “The training was quite a learning experience. The stakeholder analysis we did was an eye opener when it comes to the information need within a project. This will certainly help me to plan the information flow even more efficiently in future projects.”

Getting certified is no walk in the park

Even though the two-day training schedule was very intense, it was just the first step. The real work started when the application process began. The participants explain that they spent up to 40 hours during their spare time to fill in the extensive application package.

One of the most time-consuming tasks involved the complex project assessments all applicants have to make on ten individual projects. “It was actually quite interesting to take a step back and dissect projects years after they were finalised. It gives you a new perspective, and you can more easily conclude what went well and what could have been done even more efficiently,” says Ekblad.

Tidemann says the training and application process have given her a lot. She is certain that she will run projects even more efficiently from now on. “The whole process has made me a more confident project manager. I will be able to lead projects in an even more structured and cost-efficient way.”

Like his colleagues, Onachan is grateful for the opportunity given to him and sees clear benefits for both Citec and its customers as well as himself personally. “Experience is always good – but an IPMA certificate shows that you have given that little bit extra and that you are truly dedicated.”

The applications of all three interviewees were approved, which qualified them to the following steps; a written exam, a workshop, a personal interview, and a final assessment. Just before this magazine went to print, Tidemann, Ekblad and Onachan found out they can now call themselves IPMA C certified. Congratulations! 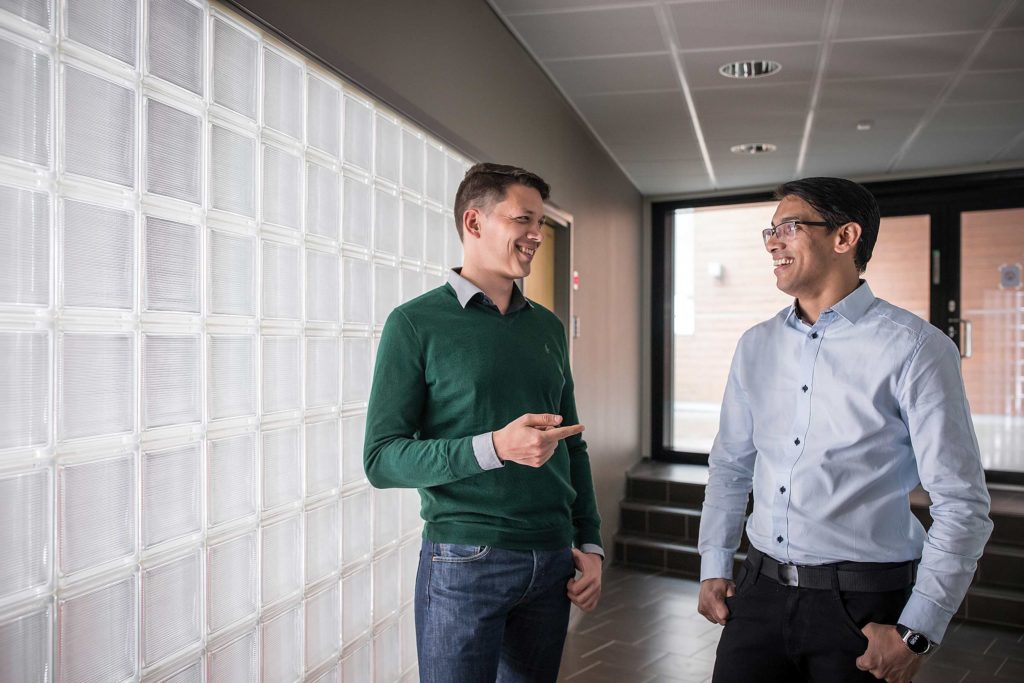 The IPMA (International Project Management Association) is one of the leading project management organisations in the world. IPMA operates in 66 countries and has more than 150,000 members. Over 23,000 IPMA certificates are granted around the world annually, and more than 250,000 certificates have been granted altogether.

Passionate Citecians are paying it forward

Throughout the years, Citec has actively been helping several charities. A lot of individual Citecians are also privately contributing towards voluntary causes in their spare time. Their driving force can stem from a desire to be part of something bigger than themselves, or from the great feeling when being able to help somebody else, or simply from the sparkle in the eyes of an excited child. Read More

If you had been watching the IIHF Ice Hockey World Championship this spring, you – along with millions of other spectators – would have witnessed a totally unexpected victory. Finland, against all odds, succeeded to win the championship. Almost every ice hockey pundit had seen the Finnish team as the clear underdog of the games, […] Read More