Although Citec and cryogenic energy storage pioneer Highview Power have only been working closely for a few months, the roots supporting the relationship run deep. Before joining Highview Power, CEO Javier Cavada was already familiar with Citec’s expertise in modular plant design and had confidence in the Vaasa-based company.

Highview Power’s cryogenic technology uses liquid air to deliver clean, reliable and cost-efficient long-duration energy storage, which helps provide stability to grids using intermittent sources of renewable power. The systems liquefy air in tanks when power is cheap; for instance, whenever there is a surplus of solar power. The liquid air is then expanded to drive a power-generator turbine when needed.

The system has three main components:

To enhance operating efficiency, a thermal store and a cold store have been added to the system to capture and store waste cold and heat from the process.
Compared to other energy storage systems, Highview Power’s system operates using a thermodynamic cycle that can interface with co-located thermal processes such as LNG regasification plants, peaking plants and industrial applications.

In January 2019, Citec and Highview Power announced their co-operation plans. Citec is now helping Highview Power modularise its cryogenic energy storage system to make the manufacturing and installation process more efficient. In the first phase, Citec will deliver a modular design of a 250 MW storage capacity with an output of 50 MW. Once the modularised configuration is completed, the system can easily be scaled up to multiple gigawatt hours.

On a global scale, there is an accelerating demand for competitive long-duration energy storage solutions to balance solar and wind power production. Cryogenic storage modularised plants are easy to replicate, can be located anywhere in the world and have a much smaller footprint than other energy storage systems, thereby allowing for significant cost reductions.

Javier Cavada, CEO at Highview Power, joined the company late 2018 after 17 years at Wärtsilä, one of the world’s leading energy companies. As president of Wärtsilä’s energy division and member of the executive board, Cavada led the company’s drive toward 100% renewables, spearheading their transformation in the changing energy landscape. At the time, Cavada had no intention of leaving Helsinki, the Finnish capital. But after Cavada was approached by Highview Power, he quickly saw the potential of the technology and understood the impact it could make on the entire energy industry. “Highview Power’s energy storage technology was unique and transformative, and I wanted to help bring it to the rest of the world,” says Cavada.

Citec knows how to reach the targets we set – it simply works.

Since his time at Wärtsilä, Cavada developed a large network in the energy industry and was familiar with Citec’s track record, making it no surprise that he selected the Vaasa-based company to modularise Highview Power’s concept. Cavada appreciates the speed and efficiency in working with Citec. “I enjoyed working with now retired CEO Martin Strand in the past, and now I have an equally great relationship with current Citec CEO Johan Westermarck. The same goes for the agile core team we now work with, where Mikko Juopperi, Director of Product Engineering, and Simon Björkman, Project Manager, are our point of contacts. Citec knows how to reach the targets we set – it simply works”.

Trust is the key

When it comes to partnerships, Cavada’s indisputable number one priority is trust. “Within the technology business, there are unfortunately many companies that copy ideas in the spirit of “cooperation” and then go on to commercialise them for their own benefit. I know I can trust Citec. This, in combination with their skills and passion for their work, makes them a perfect partner.”

At Citec, Project Manager Simon Björkman is enthusiastic when talking about the project. “We are thrilled to be part of such ground-breaking energy storage solutions. Moreover, this particular project fits Citec like a glove. We have had the chance to utilise our entire plant engineering experience and involve our entire network,” explains Björkman. Citec Norway handled the RAM study at the beginning of the project, and Citec India and Citec Finland have been involved in the actual modularisation. For the thermal storage side, Citec has leveraged external partners.

Björkman is fascinated by the technology his customer has developed. Taking existing models (the Claude Cycle that the liquifying process is based on is over 100 years old) and combining them into cost-efficient long-term energy storage models is pretty remarkable.

“It’s exciting and challenging to work with temperatures ranging from ambient air to +400°C, down to -190°C and then back to ambient air – a journey including both hot and cold recovery, storage and utilisation. It takes a certain amount of skill to work with such a large temperature range, especially as the systems are intertwined in a way that is far from commonplace in a power plant. The storage solution is quite beautiful,” states Björkman.

What’s next? The concept phase that Citec is now working on is expected to be finalised before the summer 2019, and the detail phase is scheduled to commence in early autumn. Breaking ground for the plant will happen in early 2020. This plant will still be on British soil, but the doors to the rest of the world are wide open. The global market pull for Highview Power’s cryogenic energy storage plants is huge, with several projects in the starting blocks in the United States, for example.

Cavada insists that the ongoing project with Citec is not a one-off deal, seeing Citec instead as an extension of Highview Power’s engineering team. “Our strategy is to grow through partnerships, and Citec is positioned as an expert in modularisation and standardisation. We cannot conquer the world merely with our own 30-engineer strong team. Winners need winners,” Cavada concludes. 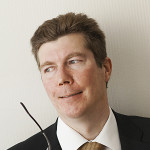 A cultural cocktail that works

If too many cooks can spoil the broth, then cooks from different cultures should be a disaster in the kitchen. Differences between cultures are often cited as the reason why many companies find that their international cooperation ventures end up looking like fallen soufflés. However, this is not the case with Citec, who, with their customers, have successfully created a recipe for a cross-cultural way of working. Read More