Citec has taken a great leap forward on the German market by opening a new office in Munich. This is due to a promising customer relationship with the Linde industrial group.

A couple of years ago, Citec Germany was mainly involved in the engineering of rail vehicles and aircraft galleys. However, the plan was always to expand Citec’s core business – plant engineering in the German market. During the implementation of this strategy, it became obvious that there was a need for a new office, in addition to the existing offices in Berlin and Kassel. “We made a market analysis and considered different new locations. In the end, the choice was between Frankfurt and Munich”, explains Christian Henssler, Managing Director for Citec Germany.

Munich is currently considered to be the most promising location, mainly due to the fact that an existing customer is already located there. Citec has worked with the Linde industrial group for over a year and the cooperation has been fruitful. 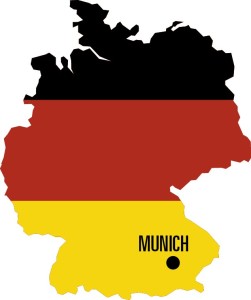 Citec’s new office – opened in April 2016 – is strategically located close to the main railway station in the centre of Munich, making it easily accessible by public transport. The office provides space for 12 employees, and if needed, additional space can be rented in the same building. The first seven employees have already moved in and more recruitments are under way.

“Those working at the Munich office have a long and solid background in plant engineering, and all future employees will be on a very senior level as well. The idea is that the Munich staff will keep in contact with the customers locally and lead the work within Citec’s global organisation”, explains Henssler, who himself has also moved into the new office in Munich.

The first person recruited to Munich was Mr. Horst Schwab, who works as Head of Plant Engineering. Before joining Citec, Schwab headed Linde’s plant engineering section containing around 400 employees. Schwab had previously also spent four years in India building up Linde’s engineering unit in the country. “One reason for joining Citec was because of my strong belief in the company’s concept of global project execution. I’m also inspired by the opportunity to contribute to the setup of a new powerful engineering hub in my home town Munich”, says Schwab.

According to Christian Henssler, the customer has been very positive towards Citec’s establishment in Munich. It shows that Citec is serious about developing its customer relations and business in Germany.

A week after we opened the office, the phone began ringing.

“There are quite a few other potential customers in addition to Linde. We see, for example, great potential in the fact that there are a lot of combined heat and power biomass plants currently being built in Bavaria.”

Whenever Citec establishes its presence at a new location, the company has one rule of thumb: follow the customer. The latest addition to the list of locations is Munich. Read More